I was reading some of them today. Some of my old poems. Perception is weird. Sometimes I like them. Sometimes I don’t. Today I liked this one.

The sun flew in

And a newness sprang forth

From the darkness before

Why do you suppose

The rose opened up

What is the difference

A cascade of feelings

Parading through my mind

In a smoke-filled room.

Of the mysteries of myself

I think a thousand thoughts

And really nothing at all

Autumn is a second spring when every leaf is a flower. ~ Albert Camus 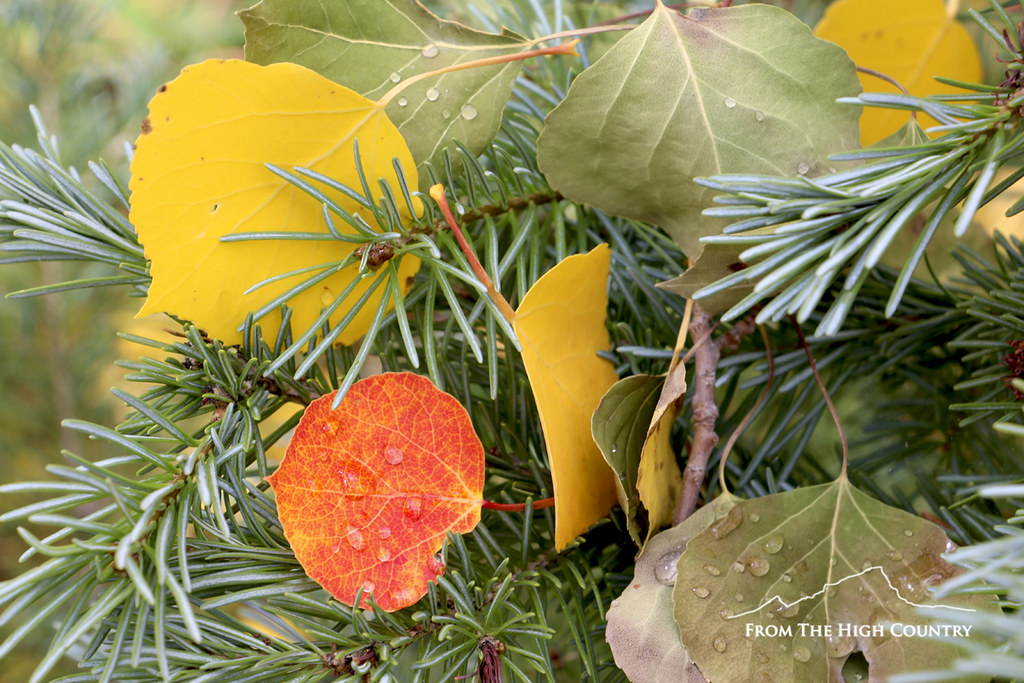 Selected as the Sierra Club’s Daily Ray of Hope on June 24, 2014 with the following quote:

You must live in the present, launch yourself on every wave, find your eternity in each moment.
~ Henry David Thoreau

Selected as the Sierra Club’s Daily Ray of Hope on June 6, 2014 with the following quote:

Don’t judge each day by the harvest you reap but by the seeds that you plant.
~ Robert Louis Stevenson

I’ve been reading a lot of best of lists in the last several days, everything from albums of 2013 to recipes involving bacon.  Everyone seems to be making a year end list.  I thought, why not jump on the bandwagon.  So here we go.  This isn’t a top ten or even a list with any sort of theme.  These are just things (songs, movie houses, art, tv shows, food, etc.) I discovered in 2013 that will stay with me long into 2014 and beyond.

The Lone Bellow came into my life via iTunes and a free download.  I instantly became obsessed with them.  Great lyrics, excellent harmonies, and catchy tunes that stay in your head for days.

The Cinnamon Crunch Bagel from Panera.  This thing is addicting.  I’m so glad we discovered them, and so sad at the same time.  It’s all kinds of deliciousness in a small round baked good.  Toasted with butter… so damn tasty.

Kickapoo State Park, Illinois.  We’ve lived in Illinois now for nearly two and a half years.  Surprisingly there are many things we’ve come to appreciate and even truly like about living here.  One thing we haven’t is that there isn’t as much water as we were used to living in Oregon.  We’ve done our best to travel to nearby towns with river walks (there aren’t that many) and to find state parks and such that have a decent amount of water, in whatever form we can find it.  One such place, to our delight, is Kickapoo.  First, you have to love the name, c’mon, it’s kind of awesome.  But more importantly, it has water.  All sorts of little lakes and a stream, running through it.  There are canoe rentals in the summer, and loads of trails.  We went in the fall, when the colors of the foliage were stunningly beautiful.  We will definitely be going back.

The Golden Harbor Restaurant.  With a huge menu, free tea by the pot, and a cool old school vibe, this place rocks. Plus, the food is great.  How can you go wrong with spicy green beans, salt and pepper mushrooms, and plates full of sweet and spicy chicken.  The menu on the wall is enormous and all in Chinese.  You can pick up an english language menu from the little table by the front door if you like.  Write down the numbers of the things you’d like to order, take it up to the counter, and moments later your tasty hot food starts coming out as it’s ready.  We love this place.

Season tickets for the University of Illinois women’s volleyball and basketball.  What a great deal.  We’d been to games before, but this all inclusive $35 dollar ticket package gets you into all the home games for both sports.  We’ve had hours of enjoyment at these games.  The atmosphere, the competition, supporting the local university, and eating an occasional stadium dog… all worth it.  Can’t beat it for good sporty entertainment.

Cris Cab.  I can’t even remember how I stumbled on this young gent.  All I know for sure is that his music is catchy and I’m semi-addicted to it.

Dominic Thomas was born.  I don’t know if you can call him a discovery, but as he grows, and has one discovery after another of his own, we have discovered a little more about him, and ourselves.  I think that’s part of the beauty of little people.  As they grow and change and develop we see the world through them, and it is an amazingly wondrous place.

The fun of riding steam trains.  Taking a five mile ride on a steam train isn’t exactly something I would choose to do on my own.  Maybe an over night or a several night journey, one with sleeper cars and a nice dining car, but not a shorty ride on a steam train that goes one way forward and then backs up on the return trip.  But, somehow, with the help of the excitement of a three year old, short trip steam trains kinda rock.  We went a couple of different times and I’m sure we’ll be going again this year.  Our mini engineer in training loves it and, consequently, so do we.

The Blacklist.  James Spader is just plain awesome.  He’s an amazing actor.  In lessor hands this role, and the tv show connected to it, might not be as riveting and interesting as it is.  But with James Spader at the center, a decent supporting cast, and top notch writing, Blacklist keeps you hooked.

Portland, Maine.  We took a little road trip for our 10th anniversary to Portland by way of NY, Pennsylvania, Massachusetts, New Hampshire, etc.  We loved New England.  It’s beautiful, it’s people are great, and it’s beautiful.  Portland, the destination for this trip, didn’t disappoint.  We met in Portland, Oregon.  It’s our city, as we like to call it.  We love it there.  I had, however, always wanted to go to the other Portland.  To check it out.  To see what it had to offer.  My honey felt the same.  Seemed fitting that on our 10th we would take a trip to that other Portland to see what we could see.  It was great.  Good restaurants, excellent scenery, really nice people, and funky in it’s own way, we enjoyed it very much.

Roadtrippers.  I love this website.  We travel quite a bit.  Most especially, in recent years at least, we’ve gone on some major road trips here in the U.S.  This site allows you to plan your route and then see what sorts of places might be along it.  From practical to strange Roadtrippers has them all.   They also have an app, which rocks.  I couldn’t recommend it highly enough.

Cafe ZoJo.  It’s a local coffee shop that’s fairly new.  I’m not sure if we actually found this in 2013 or the year before, but never the less, I’m including it here.  The staff are friendly, with quick helpful smiles, the atmosphere is eclectic and comfortable, the food is tasty, and the coffee is sublime.  ZoJo is our go to for take away coffee.  I’ve never had better drip coffee in my life.  That’s saying a lot.

Sleepy Creek Vineyards.  We actually discovered this place by way of a thing called the Fork in the Road Tour.  A few local farms, their goods, a nice drive with good friends, and we ended up, last stop on the tour, at Sleepy Creek.  We were given a tour of the vineyard,  an explanation of the bottling process, and then a tasting.  The wine was good, but the people were great, and the atmosphere was awesome.  Later, like a month or so, they hosted the Salk Fork River Art Festival.  Again, great setting, great wine, great people.  We were hooked.  They do several events a month including things like film festivals, live music, art festivals, weenie roasts, and of course wine tastings.  It’s worth the drive east.

Cinnebarre in Salem, Oregon.  We live in Illinois now, but we still spend a significant amount of time in Oregon.  It’s where I’m from, and where my honey lived for over 30 years.  It’s home.  My mom lives in Salem, in the same house we lived in when I was in high school.  Salem is the capitol city, and has always been considered, amongst people who live in Portland anyway, a lessor town.  But in the last several years Salem has grown up a little, and funked out a bit as well.  To prove this point they now have a movie place downtown called Cinebarre.  It’s a chain, though there are only about seven or eight locations around the country.  The fact that one of those is in Salem is very cool.  Cinebarre is a movie theater and it’s a restaurant.  You get table service during the movie, which seems like it could distract you, but it doesn’t really.  Walk in, look at the menu before the movie starts, fill out your card, prop it up, and the wait staff comes to take your order via your card and then brings you the food while the movie is going.  You can keep ordering if you want to, they also have beer and wine.  It’s a kick and a unique movie experience.  I like it.

Honda PCX 150 Scooter.  We used to own motorcycles.  Big motorcycles.  Hogs.  We had all the gear, went on rides, and thought we were slightly above all those scooter riders out there.  That’s the way it goes.  If you ride motorcycles you think scooter riders, or scooterists as I like to call them, are slightly beneath you.  Not really in an arrogant way, it’s just that as a motorcycle rider you’re cool.  As a scooterist you’re nerdy.  Until, of course, we gave up the motorcycles and bought a Honda scooter in 2013.  It’s beyond awesome.  It hauls buns, can carry both of us, is fun as hell to ride, and seems easier.  Maybe the easier part is just because you don’t have to shift, I don’t know.  But it’s zippy, and it makes a fantastic second car.  I so love to ride it.  Who would’ve thunk, those few short years ago, we would prefer a scooter, but we do.  I guess if that makes us nerds we proudly own it.  I’m a scooterist.  Damn straight I am.

27.  I’m thankful for sunsets.  I was just working on my photos over at Flickr and came across several lovely sunset photos.  Nothing creates a sense of awe and peace and wonder quite like a good sunset.  Nature made, they are wonderful things to behold.

Published by the Sierra Club as the Daily Ray of Hope.